Home / Blogs / Can a Leader Be Too Appreciative? – Freddie Crous

Can a Leader Be Too Appreciative? – Freddie Crous 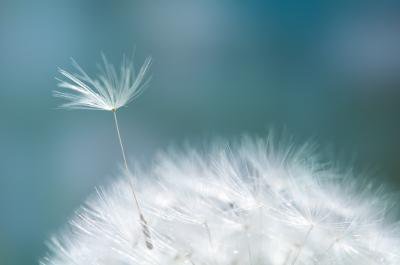 Authors Kaplan and Kaiser have postulated that too much of a good thing – such as being too appreciative – can actually be detrimental to both the individual and the organisation. However, a more recent study by Charlotte Crisp has found there cannot be too much appreciative leadership if the aim is to increase work engagement.

Can a Leader Be Too Appreciative?

Then we stumbled upon the work of Kaplan and Kaiser (2009; 2013), which suggests that an individual (e.g. a manager or leader) may demonstrate too little optimal, or too much, appreciation – each of which may have a unique effect on the organisation’s employees. Moreover, the authors postulate that too much of a good thing – such as being too appreciative – can actually be detrimental to both the individual and the organisation.

She took up the challenge and developed the Appreciative Leadership Questionnaire  with the aim of measuring five strategies of appreciative leadership: inquiry, illumination, inspiration, inclusion and integrity (Whitney, Trosten-Bloom & Rader, 2010). Each strategy was measured using two items; the scale therefore consisted of a total of ten items. Each item presented the participants with a scenario, and the questionnaire required the participants o select one of three responses (in each case) that best described how their leader would most likely react in a given situation. The three possible responses were structured to represent a team leader/floor manager who is respectively unappreciative, optimally appreciative, or overly appreciative. An example of an item from this questionnaire is: “I feel overwhelmed, because I believe that I do not have the skills required to successfully complete my work tasks. I approach my team leader to explain this. My boss is most likely to…”.

The participants were required to choose one of the following responses:

(a) highlight my weaknesses or skill deficiencies;

(b) highlight my strengths, and align them with compatible and attainable target outcomes; or

For the measurement of work engagement the UWES-9 (Schaufeli, Bakker & Salanova, 2006), which is a shortened version of the Utrecht Work Engagement Scale (UWES) developed by Schaufeli and Bakker (2004), was used. The scale, which has sound metric properties, measures work engagement in terms of three factors: vigour, dedication and absorption.

Freddie is professor of Industrial Psychology at theUniversity of Johannesburg, where he co-chaired the 2015 World Appreciative Inquiry Conference with Anastasia Bukashe.

References of this article you can find in the issue of February 2016.