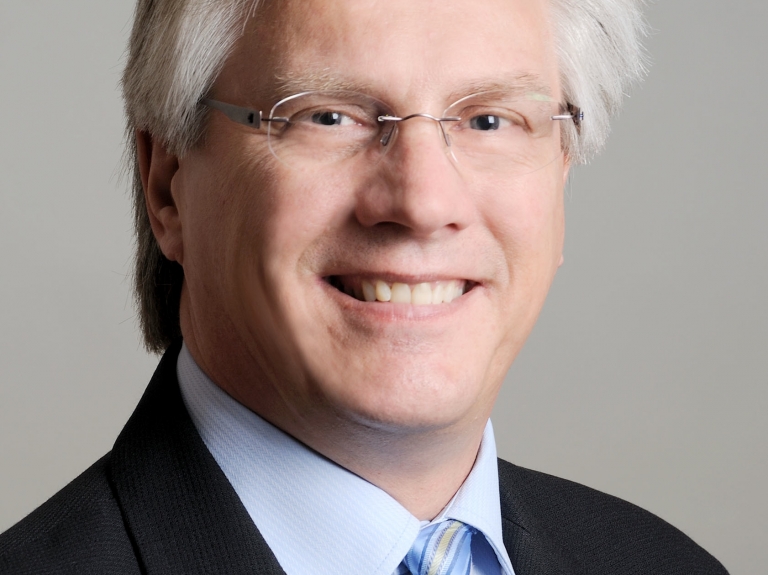 This Research Review and Notes column explores the recent development and research into the use of Appreciative Inquiry in the Gulf States, both in organisations and in academic settings.

I’ve been reading Be Heard Now by Lee Glickstein, who shares his ideas and processes for developing skills and confidence as a public speaker. Glickstein’s process is to build speaker confidence by focusing on the positives rather than pointing out the negatives. Familiar message, right?

AI in the little league

Glickstein’s book reminds me of some of the sport coaches I’ve seen over the years. Like teachers and other influential people in our lives, sport coaches can have profound impact, which can begin at very young ages. I am reminded of one incident in particular, in which my oldest son was playing little league baseball in a local tournament. We were thrilled with our coach because he was both knowledgeable about the game and a tremendous supporter of each player on the team. I wasn’t familiar with Appreciative Inquiry (AI) at the time, but in retrospect I can see that his coaching style was AI in action. He coached via the five generic process of AI, and the results were fantastic. Our boys learned a lot about the game and about how to behave as people – and they enjoyed the learning. They also did quite well in the league.

On the day in question, our team was playing another highly ranked team. The contrast between the two coaching styles was extreme. As our coach was yelling encouragement to our team and pointing out what they were doing well, the other coach berated his players for what he thought they were doing incorrectly or poorly. We parents talked in the stands about the contrast, our shock at how the other team’s coach was behaving, and our deep gratitude for our coach. Our team won the tournament, but the joys of victory and accomplishment were lessened as we heard the coach from the other team ranting and cussing at his young players after the game. Our coach walked over to the other team to see if he could get the other coach to calm down and treat the players with more respect. To the other coach’s credit, he seemed to understand he had run off the rails: he did calm down and apologised to his players for losing control. Regardless, we were appalled.

My wife and I had always maintained that we would pull our sons from any team with leaders who behaved as the coach on that other team had done. Berating and focusing on the negatives are the antithesis of what we wanted in coaches for our children. We wanted, and still want, the best for our children, and that means we want coaches (and now employers) who will treat our offspring with respect and help them build skills while also building a healthy awareness of personal strength, self-confidence and inclusivity. As you and I know, this is where AI is so powerful, and it extends far beyond the playgrounds of local neighborhoods and places of business. It extends all over the world.

Living in the Arab Gulf

I lived and worked in Doha, Qatar from July 2008 through June 2015. For those seven years, I led the Liberal Arts & Sciences program for the first American international branch campus invited to Qatar, Virginia Commonwealth University in Qatar. It was during this time I trained and certified as an Appreciative Inquiry facilitator and applied AI at my workplace. For example, I participated in a very successful AI-focused strategic planning process that involved everyone on our campus, from caretakers and facilities people to students to the top levels of administration. I’ll talk more about that a bit later, but for now, my point is that AI is alive and well in many locations around the world. There isn’t space in this column to discuss every AI activity, nor even every country where we can find AI in action, but I can briefly outline some recent AI activities in the Arab Gulf countries of Qatar, Bahrain and the United Arab Emirates.

In early 2009, Martha Robinson and Mohamed Ally of Canada’s Athabasca University published an article about their application of AI in a girls-only middle school in Qatar. Utilising AI’s dialogical and inclusive process, Robinson and Ally investigated the emotional and intellectual reactions of a dozen Grade 7 students who received e-Schoolbags with Tablet PCs as part of a pilot project involving a new and innovative e-Learning platform. The AI process enabled these researchers to find the information they needed in order to assess the impacts of this program.

Bonnie Joan Milne’s doctoral research, completed in 2012, focused on the creation of social capital the United Arab Emirates (UAE). Milne combined AI’s 4D method with action-research in her look at 15 Emirati women living in the UAE. Milne attempted to help her participants identify and generate life changes by focusing on strengths and past successes through Discovery, Dream, Design and Destiny/Delivery. Her work showed these women are not the submissive, passive and weak individuals so often portrayed in Western media, but rather, their narratives speak of strengths and accomplishments.

Another successful 2012 adoption of AI in the UAE is seen in the case study published by Vicki Culpin and Judith Scott. This case focused on the efforts of one manager in a government office in Dubai who experimented with AI methodologies to see if he could enhance leadership development amongst his staff. Culpin and Scott found that the inclusive and strengths-based AI process put into play was initially met with resistance by some because it was seen as contrary to the traditionally authoritarian and hierarchical culture. Cultural insights such as this are crucial in understanding optimal uses of AI in non-Western cultures. The authors noted that it took persistence and patience, but the manager was able to use AI to change his organisational culture and develop leadership across the spectrum of his staff. This innovatively inclusive and strengths-based approach resulted in a positive influence on the organisational culture as a whole.

My third example from 2012 comes from Bahrain Gulf Air, who reported in the local media that their organisation hosted the 54th Annual Conference of Worldwide Airlines Customer Relations Associations. Held in Kuala Lumpur, the conference featured a session on using AI as a means to help them improve their branding. This shows us some of the breadth of AI application.

2013 was a busy year for AI in the Arab Gulf. Paul MacLeod’s article in conference proceedings from the Q-Science conference held at College of the North Atlantic-Qatar presented his use of AI to facilitate student engagement amongst a group of 100 students. His objective was to move these students from a deficit-based mindset, in which they are mere recipients of information, to the more dynamic, participatory and empowering mindset of engaged learners. The process was highly successful. Another educator, Cliff Oswick of the Cass Business School and Cass Dubai Centre, reported in The Gulf that AI provides a meaningful and viable change process for contemporary organisations and he recommended AI for 21st century leadership.

My third example from 2013 is another doctoral dissertation. Susanne Bauer found the AI dialogic process enabled her to better understand dialogues of cooperation, competitiveness, development and cultural changes across the Middle East and North Africa (MENA). Instances of low capacity building were linked to ineffective (non-AI) processes of communication. Bauer’s findings informed her recommendation of AI communicative processes as a method for achieving possible paradigm shift in MENA’s international development cooperation.

The fourth and final example from 2013 comes from Nancy Fuchs Kreimer and her study of relationship building in a series of religious retreats. Fuchs Kreimer and her colleagues led three retreats to foster relationships amongst emerging Muslim and Jewish religious leaders. Participants built connections through personal stories that were individual but also reflected substantive shared realities. The strengths-base and inclusivity of AI was pivotal in enabling these narratives to emerge, be heard, be understood and be accepted by participants regardless of religious faith. Communal bonding was further enhanced through group activities and open but respectful discussion of challenges (including race, class, gay sexuality and the Israeli-Palestinian conflict!).

I have two examples of AI work in 2014. First, AI featured prominently in the ninth national conference of Assessing Medical Professionalism, hosted by Salim El-Hoss Bioethics and Professionalism Program at the University of Beirut Faculty of Medicine. Brownell Anderson, Senior Academic Officer of International Programs at the National Board of Medical Examiners, USA, presented an AI workshop as a vehicle for conference participants to examine and address the question of professionalism in medicine as it is practised in the Arab Gulf.

The second example from 2014 is the project I was involved in at Virginia Commonwealth University in Qatar (VCUQatar). This project was published in the May 2014 edition of AI Practitioner, so I will share just a brief outline here. In the article, Rob Bianchi and I discuss the use of AI in a strategic planning process at VCUQatar throughout 2013/2014. My co-facilitator and I worked closely with the upper administration and developed a team to facilitate the planning process.

My final example is from 2015. Joanne Rowe and Sarah Hyde wrote a white paper outlining their use of AI to develop effective and sustainable teams at the Higher Colleges of Technology in the UAE. As a result of their findings, these authors recommended AI as one of the key factors in successfully improving religious and cultural sensitivity amongst team leaders. Positive team development resulted in enhanced team effectiveness, heightened levels of individual satisfaction and, subsequently, improved organisational success.

From public speaking to little league baseball to accessing student input to campus-wide strategic planning to effective team leadership, AI has been proven effective. AI can be found improving the activities and interactions of individuals and groups from a Canadian college to an American university to a girls’ middle school in Qatar, to a group of Emirati women and a national college system in the UAE, to a Bahraini national airline. The world is a small place these days, and AI spans the globe. This makes for a positive future for AI practitioners and for the world we live in.

Culpin, Vicki and Scott, Judith. (Autumn 2012) A leadership experiment in the UAE. Retrieved from The Ashbridge Journal. doi: https://ashridge.org.uk/Media Library/Ashridge/PDFs/Publications/ALeadershipExperimentInTheUAE.pdf

Robinson, Martha and Ally, Mohammed. (2009). Transition to e-Learning in a Gulf Arab Country. International Journal of Excellence in e-Learning 2.  doi:https://www.academia.edu/12585195/Transition_to_eLearning_in_a_Gulf_Arab_Country