Most important books on Appreciative Inquiry 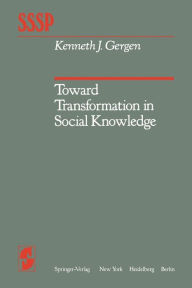 Starting with one of Ken Gergen’s influential resources from 1982, we decided to look for resources that show the development of Appreciative Inquiry in (roughly) five-year periods of time. If you are new to exploring these Appreciative Inquiry resources, we hope you enjoy seeing the progression of AI throughout these years. For those of you who are revisiting these resources and the development of AI, we hope that you enjoy revisiting the evolving story of AI and these resources as much as we have.

Ken Gergen’s ideas in this book were influential in the development of Appreciative Inquiry. The discussion on generative theory is embedded into the core of AI philosophical discussions as well as AI methods. Ken Gergen published a second edition to this text in 1994. 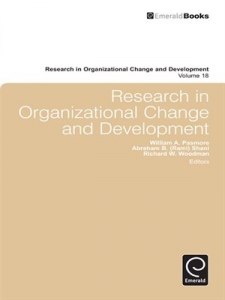 This chapter summarizes well many of the early ideas of AI. Much like David Cooperrider’s doctoral dissertation, this chapter is a call for action research to reach its potential as a tool for fostering social innovation and to advance theory and practice.

Imagine Chicago was created in 1992. This article by Bliss Browne is an early writing about the use of AI by Imagine Chicago to foster intergenerational civic engagement and community development.

Lessons from the Field, Sue Hammond and Cathy Royal (1998) 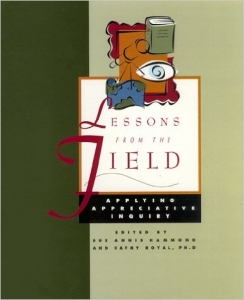 This is one of the first published books that focused on practitioner stories about AI. The book is divided into five sections, including case studies, community application and application of theory, as well as other resources. Sue and Cathy also published a revised version of this text in 2001.

To further contribute this sharing of stories by practitioners, Anne Radford published the first electronic AI Newsletter in 1998, leading to the development of the AI Practitioner.

In the years around 2002, there were three cases of Appreciative Inquiry that demonstrate how AI had broadened its application into multiple sectors by this time. These sectors were the military, education, and global politics and corporate citizenship. The following are three resources that tell the story of three events from these three sectors.

Many of the documents and resources related to the US Navy Leadership. Summit and its AI design are still available on the AI Commons.

Leap of Faith: ReDiscovering the Wonder-Full World of Education (2003) https://goo.gl/0Uz9dN

This summary PowerPoint presentation tells the story of this wonderful gathering of people focused on AI and education.

This page in the AI Commons provides commentary and resources related to the UN Global Compact gathering in 2004, where the Appreciative Inquiry approach was used with about 500 participants.

Just like a series of events around 2002 showcase the development of Appreciative Inquiry, a series of publications about five years later reveal how the roots of AI were spreading into different fields. In 2005, Jackie Kelm published her first book on Appreciative Living. In 2008, Dawn Cooperrider Dole, Jen Hetzel Silbert, Ada Jo Mann and Diana Whitney shared their ideas about using Appreciative Inquiry to help families thrive. Then, in 2009, Jackie Starvros, Gina Hinrichs and Sue Hammond published a book about SOAR.

At this point in time, the practice of AI had clearly grown in many different directions. 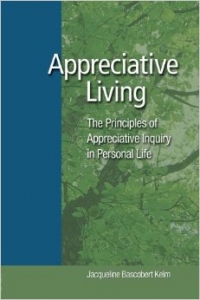 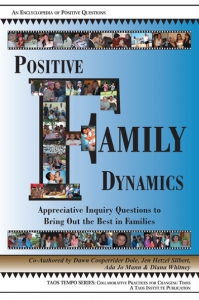 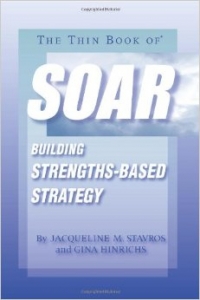 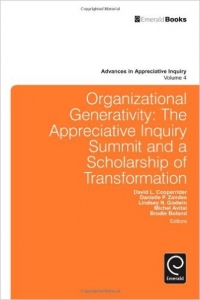 In the fourth edition of Advances in Appreciative Inquiry, David shared his latest ideas about Appreciative Inquiry in organizational life. It is most interesting to pair this chapter with a revisit to the Cooperrider & Srivastva article of 1987 shared above to get another sense of the development of AI through these years. 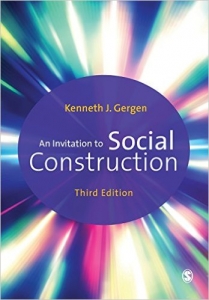 It seems fitting that the most recent resource we share is connected to a resource that is so much a part of the foundation of Appreciative Inquiry. Ken Gergen’s latest edition of this book on social construction is written especially for readers who are new to the idea of social construction.

aip-feb-16-ai-promises-and-future-resources are also downloadable as pdf. With more interesting papers and blogs.