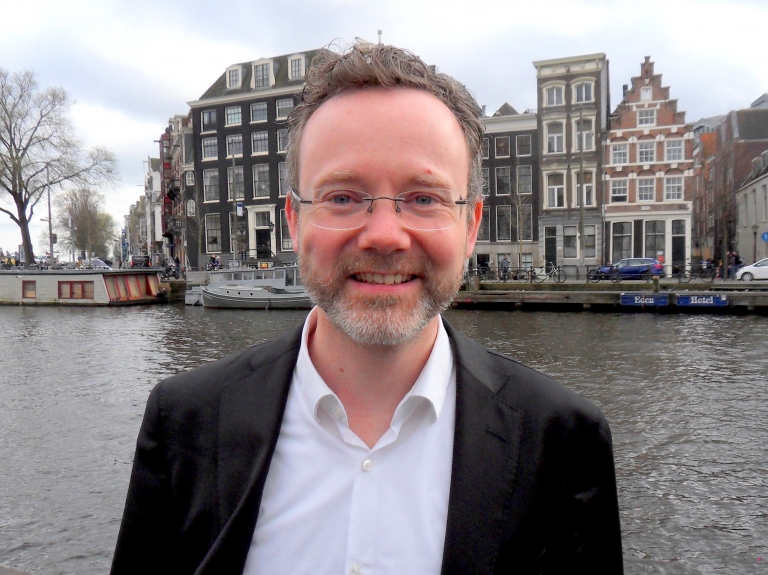 Many people ask me how the positive approach of Appreciative Inquiry deals problems. These question inspired me to develop a four phase model to respond in an appreciative way to negative issues in a coach-client setting. In this article I will introduce you to this model.

For example our client wrestles with a troubled relationship with a colleague, is unhappy with her career or is stressed because a child is difficult to handle. What we are looking for is what the client wants more of. The problem-perception doesn’t answer this question for it only tells us what is not wanted. This is the start of an Appreciative Inquiry and covers the Define phase where the client defines what will be subject of inquiry, often called the affirmative topic.

To be specific on what we are looking for as an end result of this process, the affirmative topic is often formulated as:

Vital in the process of Appreciative Inquiry as I learned it from Robbert Masselink, Wick van der Vaart and others, is the concept of ownership. The client is free to do as he pleases and is in the lead in his own inquiry. I as a coach only facilitate his inquiry by asking questions that open up new perspectives. When dealing with negative issues this subtle intervention style remains the same. This means that the Intervention clock comes in play only after the client makes clear that he wants to do something with his problem and wants to do that here, now and with me as a coach.

The first quarter is a minimalistic intervention: all you do is listen to the sory of your client. You acknowledge the issue for what it is and do no attempt in any way to change anything about it. It may appear as if you do nothing in this phase but actually I think that listening is a double edged intervention. First this has an emotional effect: by listening you give your client the opportunity to become more emotionally balanced. Sometimes anger, frustration or insecurity are in play and all those emotions prohibit clear thinking. Just giving him or her the opportunity to speak it all out often makes room for a more rational approach. Second, listening has an intellectual effect: you give your client the opportunity to sort out his or her own thoughts on the subject. Often the issue at hand is not from yesterday and in the past months many thoughts and advice from friends have already passed. Telling the story front to end helps to get an overview of the pro’s and cons and to make resolutions and decisions. So, by just listening we facilitate emotional balance and more clear thinking.

It still surprises me how many times practicing this first quarter is already enough for the client to transform his negative conception to a more constructive perspective. When this happens you can leave the Intervention clock behind and continue the AI process with the Discovery, Dream and Design phases. But although listening is a powerful intervention some people can maintain their problematic perception of a situation for a long time, sometimes even years. So, when your client keeps talking in dismissive words about what he doesn’t want, the time may come that we can move on to the second quarter of the intervention clock.

The second quarter of the Intervention Clock model increases the level of intervention and suggests a subtle positive questioning style. As a coach you subtly ask your client if he also knows what it is that he does want to happen. Also you respond to little signs of positivism. For example your client may suggests that most of the time the relation with the colleague is troubled. This might be an opportunity, for if the relation is troubled most of the time, it suggests that the relation is not troubled ALL of the time. Maybe we can inquiry a little further in the moments when the relation is not that bad, and see if we can learn from those situations in a more positive way what it is the client wants to create more of. Like so the client who is unhappy with her career may examine her career on highlights and the client who is stressed with her child can examine the moments when the child is more at ease.

If the subtle questions appear to have no transformative effect, the third quarter comes in sight. In this third quarter your role as a coach increases further as you start to introduce new perspectives for your client to analyze his situation. A classic question is to ask the client to imagine himself a year from now and to imagine himself successful. What does the situation look like when he is successful: what does he do, what is the effect and what made it possible? Another approach is to ask the client to view the situation from the perspective of other players in the field, for example how does his boss think about the situation or how do other more successful people deal with comparable situations. What you do here is find a way to look at the subject, or verbalize the issue in a way that sets things in a different perspective. Finding this perspective often asks for creativity.

Note that suggesting other perspectives is what many people are quick to do when faced with negativism, often supplemented with advice on what to do. The approach here though is to not give advice and only start suggesting other perspectives after first listening to the story and just responding in a positive way. Leading in this approach is the notion of ownership. Of course there is a time when we need other people to help us break through restraining patterns, but intervention always risks an infliction on ownership. Therefore suggesting new perspectives is not the first, but the third level of intervention.

When the client remains negative on his situation, it is good to double check whether your client feels ready to tackle his issue here, now and with you as a coach. If his answer remains positive it might be time for another strategy. In the fourth quarter the intervention is a quite direct feedback on the process and the stance of your client. I literally give the client the feedback that we are talking on his issue for quite some time now and that I begin to fear that we can remain talking for a lot more time without coming closer to insights that give an opening to do something positive about the situation. In other words I tell the client that it appears that he can keep complaining but that won’t help his situation. This is the first time in the conversation that I give my opinion and note that I only give my opinion on the process, not on the issue at hand. After delivering this feedback I check with my client if he agrees on my observation, maybe he disagrees and does see progress when of course we would continue. Though when I am right we can conclude together that it has little use to continue the conversation as is. That is when I suggests to start searching for an approach to his issue that is more helping. In fact I move back in the Intervention clock to the third quarter where we search for more helping perspectives on the issue.

Although in practice the quarters often mix and take more or less time, the suggestion of quarters in this model is a good rule of thumb. the Intervention clock works as a reminder to respect the ownership of your client. Take the time to follow his lead and you will find yourself surprised at how fast clients find new perspectives on issues that seemed unmovable.

Arjan van Vembde works as a trainer and consultant on the subject of Organisation Development.