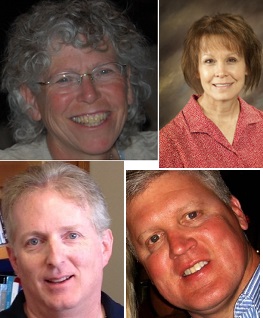 A pre/post-test control group mixed methods study explored the effectiveness of using an Appreciative Inquiry approach to enhance intrinsic motivation in online instruction. The findings of the study showed that there were statistically significant increases in overall intrinsic motivation, confidence and satisfaction for the treatment group, but no significant changes for the control group.

The results of a pre/post control group mixed-methods study showed that an Appreciative Inquiry (AI) approach used as an online assignment in an undergraduate college course increased intrinsic motivation for students in the treatment group, especially among the students who were least motivated at the beginning of the course. The purpose of the study was to determine if an AI approach could be used effectively as a strategy to positively influence student motivation and achievement in an upper-division early childhood education course at a private Western university. Online modules were created using the Analysis, Design, Development, Implementation, Evaluation (ADDIE) instructional design model (Molenda, 2003; Lohr, 2008; Morrison, Ross, Kalman & Kemp, 2011) while simultaneously employing Appreciative Inquiry as the framework for relating course content to students’ personal and professional goals, strengths and dreams for the future. The study results indicated that integration of even a partial list of the AI phases enhanced student motivation and attitudes.

Description of the client organization

In 2014, the early childhood education program at a private undergraduate university in the western United States requested that the Instructional Development Department at the university conduct a satisfaction survey among the students enrolled in an upper-division early childhood education course required by three bachelor degree programs and an associate degree program. This course, typically taken during the sophomore, junior or senior year of study (second, third or fourth year, depending on a student’s major), focused on designing, developing, implementing and evaluating preschool curriculum in on-campus laboratory preschool classrooms. The survey results revealed the students disliked the course, and particularly disliked the major assignment associated with the course, writing a series of preschool lesson plans.

In response to these findings, a research study was proposed to determine if an AI approach could be used to enhance intrinsic student motivation and improve the overall subjective experience for the students. Following approval from the Institutional Review Board, it was determined that the population for the study would include all students registered for an undergraduate early childhood education methods course taught during the Winter 2015 and Spring 2015 terms. The students in these courses were expected to develop preschool lesson plans according to national, state and program standards. This assignment required a comprehensive application of discipline-related concepts and a high level of intrinsic motivation. The study sample (n =74) consisted of 37 students randomly assigned to the control group, which received traditional instruction, and 37 students randomly assigned to the treatment group, which received the AI-based instruction modules. One student in the treatment group failed to complete the AI modules and was therefore eliminated from the study during the data analysis phase, reducing the treatment group to 36 students and the total population of students in the study to 73.

Description of the process

During the fourth week of each of the fourteen-week semesters, all students enrolled in the designated course were informed of the study and invited to participate. Only students enrolled in this specific course were included in the study, and written informed consent was obtained from all study participants. Any students who declined to give informed consent or who failed to complete the surveys or the lesson plan assignment were excluded from the study, although they did complete the course. After providing consent, study participants were randomly assigned to either the treatment group or the control group each semester. Students in the control group experienced the course exactly as originally designed by the course instructors. Students in the treatment group likewise participated in the course as originally designed, but for three weeks received online modules incorporating the first three phases of AI respectively, in lieu of the standard weekly online reflection assignment.

Students assigned to the control and treatment groups completed the Course Interest Survey (CIS), which measured intrinsic motivation in the areas of Attention, Relevance, Confidence and Satisfaction (ARCS), before and after the treatment. The CIS is a valid and reliable instrument, developed by Keller and Subhiyah (1993), which assesses situation-specific motivation by using a Likert-type scale to “measure how motivated students are with respect to a particular course” (Keller, 2010, p. 277). Permission was granted from Dr. John Keller to use the CIS to collect and measure intrinsic motivation (Keller, 2010). The independent variable in this study was the Appreciative Inquiry modules. The dependent variables included the four motivation subscales of attention, relevance, confidence and satisfaction, as well as the overall motivation score, as measured by the CIS.

The pre-test CIS was administered in hard copy during class time to all study participants at the beginning of the fourth week of the semester. Any students who were not participating in the study were allowed to use the survey time for course-related work. Following the pre-test CIS, the treatment group began the first AI module during the fifth week of the semester. This module replaced the weekly online reflection journal assignment completed by the control group. The control group continued with the course as assigned by their instructors. The treatment group subsequently received the second and third online modules during the sixth and seventh weeks of the semester, respectively. As with the first module, the second and third modules replaced the weekly online reflection journals completed by the control group.

The modules: Define, Discover and Dream

The treatment consisted of three online modules that corresponded with the first three phases of AI: Define, Discover and Dream. Each module was developed using the ADDIE instructional design model for the purpose of ensuring quality instruction. Throughout the design process, formative assessments – involving course instructors, focus group student volunteers, subject matter experts and instructional designers – were iteratively conducted to ensure that the goals and objectives targeted the identified instructional problem of low intrinsic motivation and adhered to the AI philosophy. During the eighth week of the semester, after the last AI module had been completed, the post-test CIS survey was administered to all participants.

After collecting the results of the pre-test and post-test CIS, an independent t-test was performed to analyze the differences between the mean overall motivation scores on both the pre-test and post-test CIS for the treatment group and the control group. In addition, the post-test motivation subscale scores for ARCS were analyzed by performing a multivariate analysis of variance (MANOVA) using the Statistical Package for Social Sciences (SPSS) program to compare the mean scores between the treatment group and the control group for each of the four dependent variables (Leech, Barrett, & Morgan, 2011; Mitchell & Jolley, 2010).

As indicated in Table 1, the mean scores on the relevance, confidence,and satisfaction subscales increased for the treatment group from pre-test to post-test; however, the relevance, confidence and satisfaction subscale scores for the control group decreased. Only on the subscale of attention did the mean score for the control group increase, while the mean score for the treatment group remained unchanged. An independent samples t-test revealed no significant differences on the overall motivation score (t = .281, df = 71, p = .779) prior to initiating the treatment.

This study found that a statistically significant difference existed between the treatment and control groups in overall post-test intrinsic motivation following the application of the treatment. Moreover, it was determined that a statistically significant difference, favoring the Appreciative Inquiry group, existed in the post-test scores for the CIS subscales of confidence and satisfaction. Perhaps the most surprising finding in the study was the observed effect of the control and treatment conditions on the least-motivated students in each group (see Table 3). Within the control group, the lower end of the range dropped even lower, while within the treatment group, the lower end of the range was raised.

The AI approach made a significant difference in the intrinsic motivation of students included in this study, as shown by both the quantitative data reported above and the following qualitative data. One participant commented, “I liked the type of questions we were asked to reflect on. It gave me a chance to reflect on why I chose this major and go deeper on how it has benefited my life” (McQuain, 2015, p. 97 ). Another participant remarked, “I really liked how I was able to see the connection between what I was most proud of in the first question, to how it related to my major in the last few questions” (McQuain, 2015, p. 98). Wrote a third, “I also really appreciated the questions because it helped me to reflect on why I am in this major and what my purpose is. I want to remember that purpose as I move forward in this class” (McQuain, 2015, p. 98). A fourth participant described the experience in this way:

I have changed in that I found a motivation to continue my education that I haven’t had before. This experience has given me a new resolve to do the best I can in my remaining time here on campus and do the best that I can and apply the knowledge I am gaining in all areas of my life. It has also reminded me of why I started on this journey in my major. I was studying in a different concentration and was not happy with all of the material I was asked to absorb and when I switched I found joy in doing my school work for the first time in a long time. With the course work load I sometimes lose sight of that joy. In regards to the principles of appreciative inquiry, I realize that all of the parts put together do create one great whole. All aspects of my life effect [sic] each other and if one aspect is out of equilibrium then everything seems to be. I also realized how questions can truly bring about change and how self-reflection impacts our attitudes, behaviors, and relationships. When we question why we love someone and reflect on those reasons, then we tend to have a greater appreciation for that person and how we treat them tends to change. This experience has made me aware of the importance of regular self-evaluation and how it can truly positively effect [sic] our lives, relationships, goals, and overall outlook on life (McQuain, 2015, p. 103–104).

The quantitative data collected through the use of the CIS motivation measurement instruments, as well as the qualitative data collected in the responses to the AI-inspired reflective prompts embedded in the modules, demonstrated that an Appreciative Inquiry approach can be effectively incorporated into online instruction to impact student motivation in an higher education context. Results suggest that the AI modules increased intrinsic student motivation in the treatment group and were positively received by the students. In summary, the use of an Appreciative Inquiry approach as a motivational design strategy yielded positive intrinsic motivation outcomes and improved the overall subjective experience for the students in the treatment group in this study.