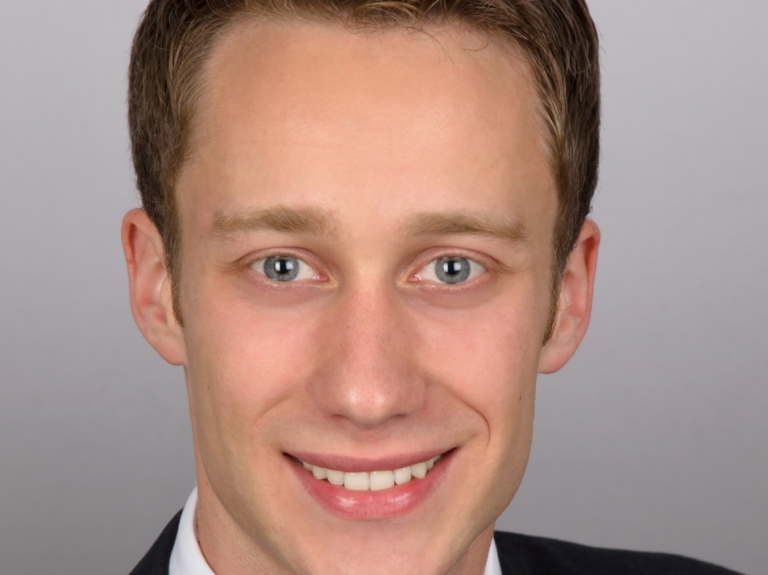 Appreciative Inquiry combines a wide variety of philosophies, theories and paradigms. With its increasing popularity, AI is being used in more and
different sectors, in different ways, and with different emphases. In order for AI to use this enormous potential for growth, it becomes ever more important to ensure a constant, constructive, critical exchange between practitioners, researchers and clients. Fostering a discussion about weak signals may be an
essential success factor for AI in the future.

It has been a little more than a year since I first got in touch with AI. Until then –having followed a rather classical management education with internships in business consultancies – my idea of organisational change and development had been dominated by the paradigm: analyse it, fix it, control it.

My masters’ thesis, which followed, then gave me the chance to talk to a variety of inspiring, open-hearted, intelligent people – many of whom have already written for this journal – who helped me in shaping a clear picture about the status quo of Appreciative Inquiry in all its diversity, and its potential future. Considering my short experience with AI I am very thankful for this opportunity to share my first impression of AI and the resulting findings with you. I would therefore also like to invite you to read this article not only on the content level but also as a description of a first encounter with AI and its community.

Seeing AI as a patchwork

When I started my analysis of the status quo of AI, I realized the domination of AI literature by success stories and decided to base my research on a critical analysis
of existing literature, actively looking for weak signals.

By doing so, I quickly realized the broad variety of AI’s underlying philosophies, theories and paradigms, a fact that in my opinion has an important influence not only on the status quo but also on the potential future of AI. These include essentials such as social constructionism, dating back as far as Heraclitus of Epheseus (Mahoney, 2005) and adapted to modern times by Berger and Luckmann (1991), as well as Lewin’s (1947) action research, Beckhard’s (1969) ideas about organisational development, positive social psychology by Fromm (1962), and Seligman and Csikszentmihalyi (2000), as well as more recent influences such as: generative theories by Gergen (1993), Theory U by Scharmer (2007), or overarching fields of influence such as interpersonal neurobiology.

Without going into too much detail, this broad spectrum of influencing and influenced theories gave me a first indication of the extensive applicability of AI, motivating me to interview practitioners and researchers from different field of application and different parts of the world.

The perceived status quo of AI

A further deep-dive into literature in combination with an analysis of interview results led to a number of interesting findings about the perceived status quo of AI and its potential future.

Practitioners and researchers currently see the main strength of AI in its generative capacity, fostering responsibility-taking and commitment by creating connections and stimulating communication. Furthermore, AI allows for applications in a wide range of situations and can be combined with other change methods.

On a more critical note, members of the AI community see incorrect applications of AI as a high risk for the method, reducing its credibility, especially when applied through a simplified positivity-focus, without sufficient background knowledge on the part of the practitioners. Moreover, AI has a too optimistic, naïve view of organisations, lacking self-reflection and self-criticism; not only in the literature but also in considering the possible negative effects of AI, such as creating a “shadow” or in supporting undesirable power relations.

The lack of measurability of results and the difficulty of achieving sustainable effects through AI, are also potential weaknesses.

In order to achieve AI’s full potential, practitioners must overcome a variety of obstacles which, when handled successfully, can be important success factors. These include an early integration of client management to ensure support from the client’s side, overcoming power relations and control issues, assuring a consistent communication in order to achieve trusting relationships, defining an energising topic at the outset of an intervention, and clearly defining expectations in the contracting phase in order to avoid disappointment.

The practitioner’s knowledge of underlying theory and philosophy is essential for a successful intervention.Overall, practitioners and researchers share a wide range of assumptions and convictions about the role of AI as a change method. Inconsistencies in the status quo are:

Recent trends and the potential future of Appreciative Inquiry
Recent trends in the field of AI include an on-going increase of awareness of and openness toward the method, leading to the application of AI in formerly atypical fields, such as conflict resolution or evaluation studies. Moreover, AI is spreading into and integrating elements of related fields, such as positive psychology, neuroscience or complexity theory on a theoretical level; and other dialogic OD methods, such as World Cafés and Future Search; and, on a practical level, process-improvement methods such as Lean Management. The most discussed and most important ongoing trend, however, is a change of awareness about the core of AI, shifting from a positivity-focused to a generativity-focused approach, allowing for an integration of negative aspects into the AI process.

According to my interview results, the potential futures for AI are manifold. One potential future consists of an increased focus on the emotional and spiritual elements of AI. Another sees a return of AI as a tool for academic knowledge creation. Practitioners predict a further evolution of AI into other fields of practice, a stronger link between AI, strategy and core processes in organisations, as well as the development of new tools and frameworks.

Many of these results will not come as a surprise to those who have been involved in the AI community for many years. However, these findings also indicate that only a limited number of topics, such as the discussion about generativity versus positivity, are often at the core of discussions within the AI community; thereby leaving less room for “weak signals”. These weaker signals can be found in theoretical discussions (e.g. the combination of planned change with social constructionism), as well as in practical application (e.g. regional differences depending on cultural backgrounds, the use of new frameworks such as the integration of a “drenching” phase into the 4D cycle, or the use of the SOAR framework for personal development). Several interviewees also pointed out the importance of seeing practitioners of AI themselves as a subject for further research; thereby allowing for a more selfcritical reflection of AI, which may ultimately provide new insights to the entire AI community.

Shaping the future of AI – together

Overall, the results of this research stress the importance of an ongoing increase of communication and exchange among different stakeholders in the field of AI. As one of my interviewees phrased it: “How we grow in our lives is entirely mediated by the quality of our relationships.”

Considering the vast variety of current trends, and seeing them as an indication of the future direction of AI, the general outlook is very optimistic and diverse, if collaboration and exchange among different stakeholder groups further increases.

After finishing my thesis and taking a step back from the entire research and writing process, I quickly realised how easy it was to feel a part of the AI community; being welcomed with open arms, supported and congratulated for becoming part of it.

This made me ask whether I had fallen victim to some form of self-censorship during my research. Only allowing myself to think in a way that was generative, thereby gaining a deeper understanding of what AI is all about, and turning a blind eye to some relevant aspects of research persuaded me that this much-discussed idea of the “shadow” might be relevant not only for client interventions, but also for self-reflection for those within the AI community.

I felt like there might be a risk for a feeling of superiority, especially when AI is seen as a state of being or practised with tight bonds to religious beliefs, preventing AI practitioners from proactively trying to connect with other areas of practice or research. This relates to the final thought I would like to share:
considering the ongoing growth of AI and its dissemination into other fields of practice, should the AI community foster a rapid distribution of AI at the potential
expense of the quality of its application? Opinions from interviews differed in this regard from seeing the fast growth of AI as a risk to its core values, if done too quickly, to considering this growth as a unique opportunity to spread AI.

I myself am certain that the AI community will continuously grow in the upcoming years. How fast and in which direction will be up to all of us. To rephrase the words of one of my interview partners: “The biggest challenge for AI is building practices of common ground to solve problems together, thereby overcoming the ongoing fragmentation of the world.”

Based on my experience within this community for the last twelve months, I am convinced that there is a real chance to succeed.

Alexander Röndigs
Alexander Röndigs is an alumnus of esB Business school (Germany) and neOMA Business school (france). He recently graduated from erasmus University (the netherlands) with a focus on organisational change. His master thesis examined the “status quo and potential future of AI”. He works as change management consultant at Timmermann Partners, Munich.
contact: alexander.roendigs@gmail.com