Home / Blogs / AI as a Covenant with Life – by Jacqueline Wong

AI as a Covenant with Life – by Jacqueline Wong 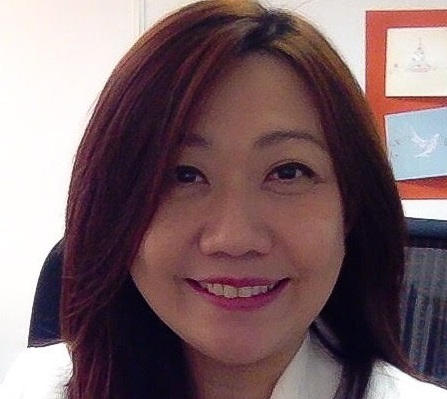 May 2017
Voices from the field

I was about to start a management retreat to share our findings from a discovery process when my mobile phone rang. My father was being sent in an ambulance to the hospital in an emergency as he was having difficulty breathing. It turned out his kidneys were failing and he could not breathe: he was literally drowning in his own fluids.

A year later, my mother was diagnosed with early-stage dementia. One of the symptoms of dementia is a change in personality. She was the primary caregiver for my father, who by that point had to be sustained by around-the-clock peritoneal dialysis. One of the most painful aspects of this was to witness a forty-year marriage enter its most difficult phase, the foundation of a lifelong relationship threatened by the onset of a debilitating disease. Whenever we visited, she would repeat stories of experiences in her early life, stories of abandonment, hatred and betrayals. She would relive these stories of heartache and suffering all over again. She would also often lose her temper, usually directed at my father or at their helper. He would call me as a last resort when he could no longer cope, as he would always try to buffer us from these episodes.

One time, he said to me – “If anything should happen to me, I don’t know what will happen to your mother. I must stay alive to look after her for as long as I can.” Perhaps this has been his source of strength: it has been three years now, and he is still soldiering on.

The meaning of the word “covenant” in the Old Testament of the Bible refers to two or more parties bound together by a lifelong promise. I find that it is moments like this where the practice of appreciative living is brought to its ultimate test, when it is challenging us to stay focused on what’s working, and what’s life giving and what has been. It is the rock upon which you stand when the rest of life is washed away by the tides of time. My parents have taught me what is meant by a love that is stronger than death.

As a way for coping with the increasing levels of stress I was experiencing in my own life, accentuated with frequent trips to the hospital to care for my parents, I started to turn to the practice of mindfulness. I realised through all this that, while I understood the principles of AI cognitively, I could not bring it readily into the rest of my life. While I professed to know how to live well, I was incapacitated when it came to the art of suffering well. As I observed my parents coping with their own frailty at the end of life, I realised that perhaps one of the most important testaments of appreciative living is to also know how to let go when it is time. My friends in healthcare would call it learning how to die well.

My meditation teacher said to me once “pain is inevitable, but suffering is optional”. Much of appreciative living is to learn to let go of our mental expectations and truly accept things as they are. Inquiry is a relentless commitment to hear, see and understand the true nature of things, while appreciation is a covenant with life to know that there is something deeper and more unyielding than the impermanence of life.

In closing, I would like to share an appreciative story that strengthened me. It was written by Paula Underwood, a well-known educator and American author of Native American descent. It is called If you really pay attention. Her father, who was her teacher, would challenge her to listen to stories and retell them, as a way to help her reflect on the underlying meaning behind what people said. She recounted one of her father’s teachings in this story:

Finally, one day there was this old gentleman, Richard Thompson. I still remember his name, he lived across the street. And every time my Dad started to mow the lawn, there came Mr Thompson. And so I would stand out there. Dad says, “You might come and listen to this man, honey girl. He’s pretty interesting.” And so I listened to him, and then my Dad would say, “What did you hear him say?” And I would tell him. Well, eventually I was repeating all the stories he liked to share with my Dad verbatim. I knew them all by heart.

And my Dad says, “You’re getting pretty good at that. But did you hear his heart?” And I thought, what? So I went around for days with my ear to people’s chests trying to hear their hearts.

Finally, my Dad created another learning situation for me by asking my mother to read an article from the newspaper. He says, “Well, I guess if you want to understand that article, you have to read between the lines.”

So the next time I listened to Mr. Thompson’s stories, I tried to listen between the words. My Dad said, “I know you know his story, but did you hear his heart?” And I said, “Yes. He is very lonely and comes and shares his memories with you again and again because he’s asking you to keep him company in his memories.”

It just came out of me. In other words, my heart echoed his heart.

Perhaps my mother, through it all, was asking us to keep her company in her memories, and my father could hear between the words.

Jacqueline Wong
Jacqueline is the founder and managing director of Sequoia Group, specializing in the fields of strategy; change; leadership development; organisational Learning and sustainability. Sequoia’s mission is to create organisations that are truly worthy of people’s commitment. She is also the founder of Imagine Singapore and contributes actively in organisational development communities as an author, speaker, facilitator and resource person.