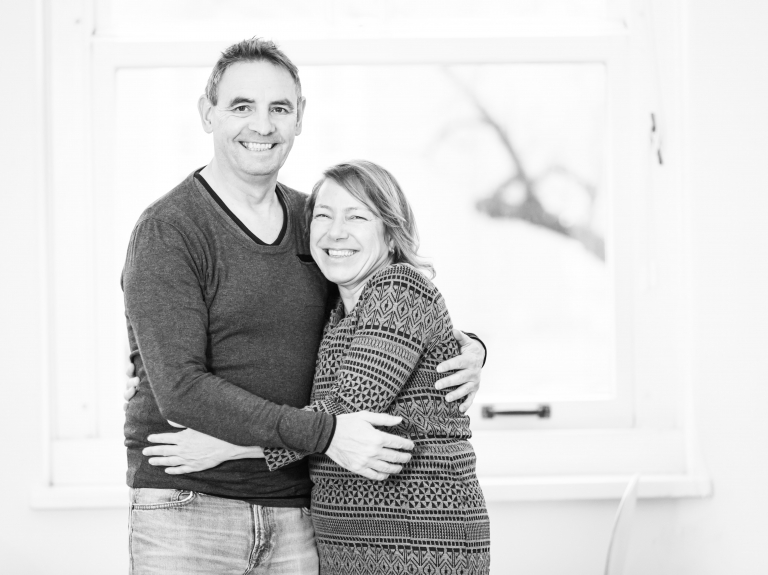 There are three reasons we wanted to have a memorial service for Wick in Amsterdam. First of all of because of his connection to the city. And secondly, to show his family how many people love him. They have had to endure his absence from many family gatherings, because he had to work. Or train for a triathlon. This changed in the last few months of his life; for once, family and friends came first. This brings me to the last reason we are gathered here today: we wanted to give everyone who knew him a chance to say goodbye to Wick.

Wick and I met in 2008, the year the first post-master’s course in Intervention Studies started. We were always open about having met each other on a dating website. His profile had said: “I love my job. Consider yourself warned!” Even though I tried to make him cut back on his work commitments, they only increased, eventually leading to me saying: “If you can’t beat them, join them.” I am so very grateful I made the choice of supporting you in your work from 2013 on, allowing you to fly even higher. You often called me your right-hand woman.

After your operation last August you were no longer aware of the left side of your body. When I arrived in the Recovery Room, you were holding your left hand in your right, bringing it to your mouth and kissing it. You thought it was my hand. You said: “You were my right hand, now you are my left hand too. You are everything.” And then you proposed… You were honestly wondering: “How did we manage it, getting this close…?”

Just after his diagnosis Wick was looking at the process and its meaning, like the professional he was. But this time he himself was the process … something he found both intriguing and frustrating. Especially since he noticed that the brain tumour affected his cognitive abilities. And the same tumour caused his speech to become “uninhibited”, as the doctors say. Wick would say: “I need Mark [Lough] to tell me to shut up and help me to give meaning to all this.”

Because of the tumour and his medications, at first, Wick wasn’t aware of the severity of his situation. There was still strength in his words, but in fact he lacked the energy and focus necessary for recovery. When the surgeon told us he needed to recover in order to cope with the radiation that could prolong his life with a few months, Wick said: “That isn’t enough for me.” Unfortunately after all of the complications that followed the operation, we never had the choice.

Faith… At every step of this process we noticed we felt the same way. We wanted to spend the time we had left at home and in peace. In the video, Wick says that that is his essence: “Let’s do this – I am ready.” I discovered a deeper layer to this: LOVE and STRENGTH. The loving glances you shot me all the time, using your last ounce of strength to lift your arm to grab my hand – and to firmly hold on to it.… It was as if you wanted to say: “I am still here, I am holding on to life.” But also: “I am sending my heart’s strength to you, for you will need it when I am no longer here.” Such was Wick’s generosity of spirit.

Faith… The faith Wick put in me to make the hard decisions, such as going into a hospice to create even more peace in the last phase of his life. And even in the process of letting go, when we thought we’d said everything that needed to be said, Wick would wake up and we’d have a short conversation, giving me the faith I needed to guide Wick in his last days.

One of the last conversations we had was about dying. Wick had been awake a lot for a few days. I asked him whether he was afraid to go to sleep in case he might not wake up. But he wasn’t afraid. He did however feel that dying in your sleep would be rather boring. Curious to the last minute, he felt it would be quite exciting to consciously experience the process of dying.

For his last 20 hours Wick was asleep, but his breathing sounded like he was doing a triathlon. He wasn’t in pain, so without morphine or sleeping medication – as he had wanted – he ran his last race, with me cheering him on like I had during his triathlons: “You’re doing so well, I am so proud of you, you are so courageous. The finish is there where the great white light greets you. Go there now, calmly, at your own pace… Fall into the light…”

Simultaneously, in Amsterdam and at Odiyan Buddhist Retreat Center in California, ceremonies were dedicated to Wick with this intention:

Thank you, Wick van der Vaart, for all the wisdom and joy you have given to so many people around the world. Carry on your curiosity and appreciation to your next life to inspire many more.