Home / Blogs / The Power of Narrating and Listening: Connecting Through Stories

The Power of Narrating and Listening: Connecting Through Stories 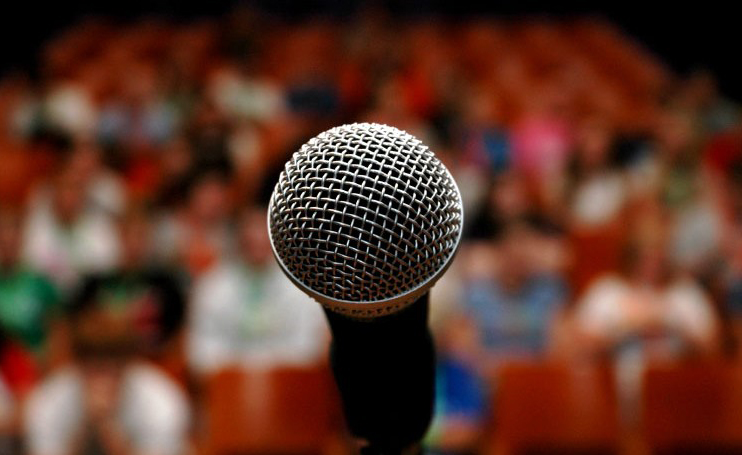 In the last few years, a new wind has been blowing in politics. Putin, Trump, Le Pen, Wilders, Farage: they all combine a tempting perspective for their own country with tough talk on immigrants. The words they use leave little space for imagination, as it befits politicians. They herald making the own country ‘great’ again, excluding people who don’t want to join. This article is about the value of stories in our work practice.

Every word, every one-liner a politician speaks, is a building block of a story. A story is a more-or-less coherent representation of what we see in the world around us, often not as a recitation of facts, but which is a way of giving meaning to our experience. Moreover, we tell our stories to someone who is listening to us, someone who has his or her own story to tell as well. The exchanging of stories is a powerful way to connect ourselves with others. If you listen to my story, I will listen to yours. This way, I get to know you better, I get to understand you better and a connection arises on an emotional level as well.

In the last few years storytelling has grown in the working practice of professionals (for me at least) for coaches, trainers, consultants and managers. Narrative coaching, storytelling, narrative evaluation and research: there is a bookcase full of books written about each. On one hand, the appreciation for stories is centuries old: people have always told each other stories. At the same time, it is inspired by postmodern and social constructionist theories. When we change our story, a new image of reality is born (Gergen, 1999, 2009). What’s more, this always happens in interaction, in connection with others. The idea behind intervention strategies in which stories are central is that a positive energy arises, that new connections between people are created, that existing relations are strengthened and that this combination of constructive energy and connections will be the fodder for new stories. So, organizational change takes place in shaping these new stories.

In this article I will explain this further, through a case story, in which the philosophy and Appreciative Inquiry way of working is central. Next, I will reflect on the value this could hold for coaches, trainers, consultants and managers and how it can strengthen the work practice of these professionals. I will conclude with the social and societal significance of this way of thinking, and with an appeal to our profession to let their voices be heard in the social discourse.

The appreciation of stories

In the last few decades we have seen a rise in “dialogic” interventions. Bushe and Marshak (2015) give an overview of twenty-six different interventions, including: World Café, Open Space, Theory U, Future Search and Appreciative Inquiry.

These models share the attribute that the intervention is carried out by a specialist, the consultant hired by an organization to help, who does not provide a diagnosis, but organizes conversations between stakeholders in which they themselves analyse what the problems are and suggest solutions: “the answer is in the room”. This approach is nothing new. In the 1960s, Edgar Schein had already formulated the principles of process consultation (a revised edition appeared in 1999). All dialogical methods are a variant of his ideas.

As for myself, I often work with Appreciative Inquiry (AI), which I translate into Dutch as waarderend interveniëren (appreciative intervening). In an appreciative approach, the telling of stories is central (Watkins, Mohr and Kelly, 2011). David Cooperrider developed the method in the 1980s, under supervision of his supervisor Suresh Srivastva (Cooperrider & Srivastva, 1987). During a conference, Jane Watkins became excited by the possibilities of AI for her work for the American agency for developmental cooperation, USAID. Watkins, raised herself by Afro-American women, noticed that her work with rural women in Kenya and Tanzania was made easier and richer when these women started to tell stories about the things that made their lives worthwhile. Together with Cooperrider, Magruder Watkins developed techniques in which the question ‘tell me a story…’ was central.

In 2015 a municipal housing service asked if I could help the team working with very urgent cases to become more effective. We agreed that I would not just work with the people from this team, but also with several other stakeholders who were not directly connected with the team. During the introductory meeting, I asked all twelve people present, most of whom didn’t know each other well, if they would tell a story about a situation in which each of them was able to be of meaning for someone or for a family that urgently needed a roof over their heads. The first who wanted to speak about this, said that she encountered this situation every week. I asked her if she could give an example and after some urging she said that the day before a family had come to the office with a box of cookies to thank her. The mother of the family told her she now had faith in Dutch society and that she had felt heard, helped and accepted in all respects.

The employee wanted to give a general response to my question. The moment she started telling about a specific experience, something shifted in our introductory conversation. While she was telling the story, she became emotional, her voice altered, and this had an immediate effect on the others in the room. At first they were waiting for what would come, mostly focused on me. During the story the body language of every one of them changed: a lot of nodding, mumbling and agreeing. Then everyone wanted to share a personal story. At the end of the meeting someone exclaimed that it was a waste that they did this so little of this: sharing the experiences that made their work so valuable.

After the introduction we had a meeting with a slightly bigger group. I asked the participants to exchange, in one-on-one conversations, stories about situations in which they were able to help residents or colleagues. As always, animated conversations arose. Next, we distilled the core from all the stories: success factors and conditions that (could) make this team effective. At that moment a shared story emerged, created from the individual contributions. “This is what we we’ve got, this is what we think is important, this is what we stand for.” Because other stakeholders also participated in the conversations, this story could be tested. Did others think that this was and should be the added value of the team as well? The next step was to ask the group: “Imagine that everything that you’ve just discovered in your own experiences from the past, that everything that matters is optimally realized in your team, every moment of every day. What would that look like?” With this question, participants could create a story about the ideal future. They managed to agree on a shared metaphor that reflected how they saw their future.

In the conversations that followed, they came up with all kind of plans to bring the metaphor into reality. To give an example: the group came up with a metaphor of toll booths on a highway. Different lanes come together at these booths; every lane has its own group of urgent cases. Besides that, there’s also an emergency lane for those people who really need a home immediately. In a follow-up session they created an emergency road service team with employees from different organizations that had responsibility for this emergency lane.

How can we create a social/community story in which differences between people are valued?

In this case we see that exchanging stories enlarges the chance for constructive, cooperative relations. People who normally don’t speak much with each other inquiring which success factors are already present together – in this case a team – engenders a positive atmosphere; then the participants can create a new, shared story that gives powerful direction to all kind of new initiatives. Organizational change in three sessions of two hours each.

Whether we are coaches, trainers, consultants or managers, inviting people to tell each other stories quickly leads to strong relations. People enjoy telling stories and listening to others’ lived, authentic stories. The new stories that originate in these interactions become true in their consequences when people to act on them.

Because we know how powerful the effect of stories is, it is important to think deeply about our first question. Which story do we want in this space when we ask: “How is it going round here?”, “What obstacles do you run in to?” Compared to: “What do you appreciate in your colleagues?”, “When are you at your best at your job?”

One team leader who is achieving astounding results with his team asks the same questions of all his team members each month: “Tell me a story about a situation in which you’ve done something for one of our customers.” And: “I’m going to ask you the same question next month. What answer will you give me then? What will you do yourself to get that done? And what do you need from me?”

By telling stories yourself, and how strange this idea might seem for some, there’s an increasing chance that we can create an equal, mutual relation with our coachee and our employees. “I coach you” becomes “We will pull together for a while.”

Participating in the public debate

Because stories become true in their consequences, we have to ask ourselves which stories we want to tell, which tone of voice we want to use. Many of the stories in the public debate are constructed around being wronged. Trump, Putin, Le Pen: they all promise that they will lead the wronged out of the situation they find themselves in that was not of their choosing, and not what they expected. In this, they get surprisingly little objection to the central message. Intervention specialists work with individuals, groups and organizations within a social context. The profession of intervention specialism originated just before the Second World War. The central question in those early days was: how can we acquire more knowledge about constructive forces in groups and in society (Lewin, 1948, Marrow, 1969)? This question is relevant again. The debate is sharply focusing on a struggle between people who want to act tough on abuses and people who want to converse with others. This latter group is more and more frequently described as a “pro-multicultural elite” that stands at a great distance from the problems in society.

Which questions can we ask so that people who disagree can start a conversation with each other productively? How can we create a social and community story in which differences between people are valued? These questions will become too important to leave to the politicians. Here is an opportunity and a responsibility for all positive psychologists.

Translated by Matthijs Steeneveld
‘In gratitude for a lifetime’s worth of inspiration.’

This article was first published in Dutch in the Dutch Magazine for Positive Psychology (Tijdschrift Positieve Psychologie).