Sewing the Appreciative Thread: From Organisation Development to Educational Enrichment 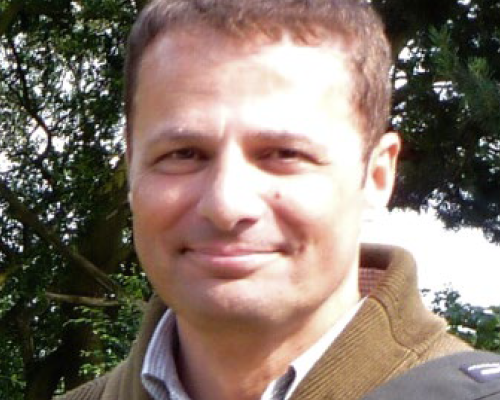 November 2018
Voices from the field

I became familiar with Appreciative Inquiry (AI) in 2006 when I commenced working in the public sector, more specifically community centres and hospitals. It became clear to me that problem-focussed approaches to problem solving frequently added unnecessary layers of focus that lead to short-term, surface change and did not necessarily strengthen the individuals and teams involved in the process. This particular approach was often void of exploring individuals’ motivation in the context of their role and what was actually working within the team or organisation. Appreciative Inquiry, however, provided a window into the positive aspects of current practices and strengths-based questions that facilitated a positive and productive outlook. Having successfully used Appreciative Inquiry in various organisational settings over the years, I wondered how it could be applied as a counselling framework for higher education students experiencing severe self-doubt.

Sewing the Appreciative Thread: From Organisation Development to Educational Enrichment

Establishing and maintaining an enriching work environment relies on promoting and supporting the inspiration to create and innovate, the imagination to work through the seemingly insurmountable, and the collaboration to do what needs to be done. In my experience, an emphasis on actively encouraging individuals and teams in this way often translates into a resourceful, resilient and sustainable infrastructure that continuously builds capacity and enhances contribution. This is evident in the level of expertise that emerges, visible in the collective creativity embraced, and ultimately conspicuous in the positive outcomes for individuals, teams and the organisation overall. Introduced to Appreciative Inquiry (AI) in 2006, I was especially attracted to its five core principles:

Along with embracing the five core principles of Appreciative Inquiry, much of my leadership work in organisations focussed on the inspiration, imagination and collaboration generated within teams:

In my experience, the benefits of the Appreciative Inquiry approach have always been embraced by the people involved as it is a process that values, encourages, and celebrates the diversity of knowledge and invites each individual to be at the heart of the change process.

Given the nature and success of the AI approach in organisations, I became curious about how it could be applied in a therapeutic setting, specifically for higher education students. My interest was sparked when I commenced working at La Trobe University and the Olivia Newton John Cancer Research Institute in Melbourne, Australia. Managing the counselling clinic along with developing and presenting workshops that addressed self-doubt, procrastination, perfectionism and self-esteem, the clinic was receiving a high percentage of referrals, mainly from the schools of medicine and law, that were for students experiencing severe difficulty with self-doubt. This in itself was no surprise as educational institutions are a breeding ground for self-doubt which, at its most severe, sharply reduces motivation and imposes negative images of an unwanted future. One can very quickly fall into a downward spiral of doubt and lose the determination to continue along a chosen pathway.

Appreciative Inquiry in a therapeutic setting

In developing an Appreciative Inquiry approach to a therapeutic setting, it seemed logical to apply a similar framework to the one that I used in public health settings. After all, the counselling relationship relies on inspiration, imagination and collaboration. However, there is a particular and necessary kind of dialogue inherent in the counselling relationship that creates a unique experience between the client and counsellor, a sacred evolution of what is to be, ultimately, for that one individual with the hope that what is learned will be a skill transferable across a lifetime.

In order to facilitate this within counselling sessions, I developed an Appreciative Dialogue (ApDi) framework incorporating the five core principles of Appreciative Inquiry along with a psychological model including existential, cognitive-behavioral and solution-focussed approaches, which became pivotal in reviewing the person’s past achievements, positive attributes and desires for the future. These approaches offer varying viewpoints of the person: an existential perspective emphasizes that individuals create their own meaning; a solution-focussed viewpoint acknowledges that elements of the desired solution are already in the individual’s life; and a cognitive-behavioural perspective suggests that behaviour change is the result of change in one’s thoughts and beliefs.

Considering the person’s situation, using these three approaches along with the five core principles of Appreciative Inquiry and one of its key tenets – that what we focus on becomes our reality– the aim is to elicit positive examples in the person’s life that will assist with moving beyond self-doubt. The ApDi framework is driven by four main elements that set it into motion:

Working with higher education students from an Appreciative Inquiry perspective made sense, especially in the context of its five core principles for their focus on the strength of conversation, narrative and positive imagery, as-well-as the emphasis on co-creating the future.

Given that a key approach of AI is to focus on the “positive core”, it at first appeared contradictory and somewhat of a dilemma to attempt developing an AI approach to therapy with someone who’s core belief about themselves, and hence their self-image, is a negative one. I realised that, working with self-doubt, in order to access and work toward enhancing a student’s positive attributes, there must be a clear understanding of their core belief which almost always is a negative one. This became a pivotal part of the ApDi framework. Identifying one’s core belief moves the conversation in a direction that establishes “how” the person prefers to be, that is, the positive self they prefer. Once the core belief has been identified, three fundamental questions are considered:

In the initial conversation that incorporates the three questions above, it is emphasised that “what you give to yourself and what you build around you will influence what you see”.

The entire ApDi process is a collaboration between student and counsellor, a co-creation of what is necessary to move beyond self-doubt. It involves a series of steps to achieve this that explores the student’s strengths, develops a vision of the desired future, and determines what skills and resources are necessary.

The flow of the Appreciative Dialogue framework

In essence, I have found that there is a particular flow to the ApDi framework that works well when used within a counselling context to work through self-doubt. It awakens (evokes) the power of words → that make up the narrative → that provides the perspective (context) → that conjures the image → that impacts the decision → that sets the direction (where we’re going) → that reveals the pathway (how we get there).

Conversations within an Appreciative Dialogue context continuously seek to identify, reify, sustain, and act on positive images that emerge and become pivotal to establishing as sense of self-assurance. There is always something reassuring about anyone seeking to overcome the negative and as a Psychologist this is what excites me more than anything, especially for the inspirational, imaginative, and collaborative process that drives Appreciative Inquiry for which I feel grateful to be a part of.

Keith Storace is a registered psychologist with the Psychology Board of Australia (PsyBA) and associate fellow with the Australasian College of Health Service Management (ACHSM). He has designed and implemented health and wellbeing frameworks across the community, health and education sectors. Keith’s current focus is on developing his work in Appreciative Dialogue (ApDi) to assist individuals in moving from self-doubt to inspired positive action.