GRIT by Angela Duckworth – A BOOK APPRECIATION BY NEENA VERMA 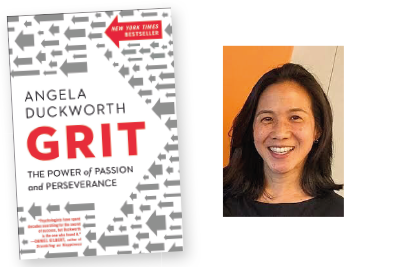 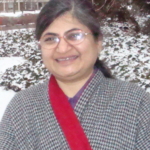 Neena Verma, Ph.D., PCC is a scholar-practitioner of AI-based OD. She is an ICF-PCC credentialed coach, specialising in leadership, systemic and transcendence coaching. An accredited sensitivity trainer and certified AI practitioner, she has developed a number of coaching and OD models. As well as extensive editing experience, including the February 2013 and November 2016 issues of AIP, Neena has authored two books and numerous articles.

If I were to describe in few words the essence of best-selling book Grit by Positive Psychology exponent Angela Duckworth, it would be through the phrase

As much as talent counts, effort counts twice.

In her seminal work, Angela Duckworth presents unique aspects and interpretations of the age-old human phenomenon of “grit”. Her fascinating book on the subject evokes more than just interest and curiosity. It inspires you to show up, for grit in author’s view is “all about showing up”. Duckworth builds a case for effort to be the differentiator without which talent alone cannot necessarily predict success. She argues that often it is effort that makes or mars someone’s pursuit of success and excellence, not ability, as is popularly perceived.

Showing up, backed by purpose, passion, perseverance and practice, is what Angela Duckworth calls “grit”. This book comes from a daughter whose father valued talent, but thought of her as “no genius”, a researcher who, having nearly missed the application deadline, went on to receive the coveted MacArthur Fellowship. Interestingly she received this “genius grant” for research that establishes passion, perseverance and effort as equal, if not better, predictors of success than genius or inborn talent.

At the heart of this book

The heart of this book sings of effort, passion, perseverance, practice, purpose and hope. Through her research across wide spectrum of people and occupations, including cadets, army special forces, sales people, graduate students as well as success patterns, spelling contests and more, Angela Duckworth convincingly builds the case for grit, something that she explains has four components – interest, practice, purpose and hope. She offers an amazing model of success that presents “effort” as the differentiating pivot.

Her model raises hope for those perceived (by themselves, by others or in tests) as less talented by emphasising that skill can be enhanced by applying effort, and higher achievement is possible by combining skill with effort. So effort counts twice. Simple. Not simplistic. It is worth asking why so many of us do not apply the requisite effort. Because, she explains, we tend to get “distracted by talent” – over-prizing ability, often at the expense of effort. Her research has found that some of those who drop out do so despite talent since they don’t give effort its due. In contrast, there are some who rise to the occasion, in a way that has nothing to do with talent or ability. Grit calls for a “never say die” attitude – a conscious decision to persevere and continue making concerted, consistent efforts.

Of the various examples she cites, I am moved by the contrast between Bill and Hillary Clinton. While Bill Clinton is widely applauded for his natural political genius, Hillary has had to work hard to prove herself and gain attention. Yet she may never earn her due.

Angela Duckworth argues that obsessing over talent may tilt the perceptual bias against those who work hard but are less talented. Even worse, there may be many who avoid working hard because they don’t think of themselves as “smart enough”, and hence see “no point toiling”. Thus, the case for grit, effort and perseverance. This raises the question, what is grit? How does it show itself?

Simply put, it is about developing clarity of purpose and direction, about pursuing the chosen objective with a ferocious determination, hard work and resilience. Duckworth’s construct of grit is a combination of four elements –

Passion Being interested in what we do and loving it to the core.

Perseverance Determined practice – focused, full-hearted, challenge-exceeding, following the mantra of “whatever it takes” and daily discipline of doing it to get better and better.

Purpose Being able to see and pursue the integral connection of one’s work with others’ wellbeing in the larger realm.

Hope Rising-to-the-occasion kind of perseverance. Some of us are born with an inherent tendency for hope, a “sunny disposition”. Others can consciously practice a hopeful view. Hope happens at all stages of gritty pursuits, not necessarily the last and final stage.

Duckworth highlights the importance of goal-hierarchy – having a top, higher-level goal that sets the direction for mid- and lower-level goals. She argues that “gritty people” are clear about formulating low-level goals, or what can be understood as immediate tasks and activities that align to mid-level goals which are unified by an ultimate top-level goal. It may seem a bit regimented to those whose preference is abstract learning and growth. Duckworth’s point, though, is about purposefulness and usefulness of effort with direction.

Most behavioural traits have nature–nurture influences. Grit is no different. Duckworth says that grit can be nurtured because it is about choice, interest, passionate and purposeful practice, self-conditioning, determined and perseverant effort. She is so committed to this aspect of mindful cultivation and the growth of grit from the inside out that she has devoted an entire section of a chapter each on interest, practice, purpose and hope.

It would be good to understand Duckworth’s construct of purpose. She explains it as “the intention to contribute to the well-being of others.” She uses the widely known parable of bricklayers to explain how gritty people feel a greater sense of purpose. Grit grows from the inside out when people choose interests that serve their larger purpose, put in passionate determined efforts, stay direction-focused and maintain a hopeful view.

Duckworth’s keenness to emphasise that grit can be cultivated and grown is reaffirmed by another section of the book devoted to explaining how grit can be grown from the outside in. Parenting children for gritty behaviour is a great place to start. Duckworth advocates wise parenting whereby parents are perceptive to children’s psychosocial needs and are able to balance the supportive and demanding aspects of parenting. Schools and organisations have an equal chance to create a playing field of grit. It is quite likely that a culture of grit teaches one to be gritty, and the reverse is just as likely, where gritty members of a culture influence new norms in their sphere of inculcating and practising grit.

What stands out for me

It is not the critic who counts; not the man who points out how the strong man stumbles, or where the doer of deeds could have done them better. The credit belongs to the man who is actually in the arena, whose face is marred by dust and sweat and blood; who strives valiantly; who errs, who comes short again and again, because there is no effort without error and shortcoming; but who does actually strive to do the deeds; who knows great enthusiasms, the great devotions; who spends himself in a worthy cause; who at the best knows in the end the triumph of high achievement, and who at the worst, if he fails, at least fails while daring greatly, so that his place shall never be with those cold and timid souls who neither know victory nor defeat.

This and many other stories, facts, arguments and insights make an evocative appeal for grit in Duckworth’s book. There is research-based articulation of the argument, and there are abundant individual stories. There is even a grit-scoring test to help the reader discover and/or sculpt their “gritty best”. There is Angela Duckworth’s own life story … insightful and inspiring.

From this abundant treasure house, if I were to pick one thing that stands out for me, it is the simple explanation by Will Smith, the Grammy award-winning musician and Oscar-nominated actor, for his extraordinary and acclaimed ascent.

The only thing distinctly different about me is that I am not afraid to die on a treadmill. I will not be outworked. Never. Period.

Will Smith believes in effort and puts in effort that is manifold his talent. And with this description, Will Smith has gifted me the metaphor of “treadmill” – a metaphor that inspires, coaxes and challenges me to be gritty and grittier. Many thanks Angela Duckworth for sharing this and more.

Grit has inspired a thoughtful reorganization of work for a lazy (professional work-wise) and non-gritty (easily distracted and low on focus) person like me. This phenomenal book by Angela Duckworth, herself a true embodiment of Grit, is encouraging me to take my life purpose seriously, rearticulate my mid-level goals accordingly and, most importantly, to organise my everyday efforts with consistent focus and time-respectfulness.

Grit richly combines research, narrative and insights. What I am left wondering is – whether case for grit is being made by downplaying talent. There is consistent keenness to establish grit as the differentiating pivot, and not without reason. It makes sense. I wonder, though, if such a one-sided focus discounts the multiplier effect of talent. I would have benefitted more by finding clearer patterns of both grit and talent, standing apart or playing together. Also, most of Duckworth’s work seems to be with the elite and/or privileged. It would have been interesting to know how her findings hold with a more wholistic and representative population.

In some ways, “grit” seems similar to “growth mindset”. Both emphasise the value of perseverance and learning ability. For those who have read about the latter, I would still recommend reading Grit for its unique offer – “effort counts twice”.

Angela Duckworth’s story starts with being told that she was “no genius”. Her story reaches a crescendo with her pioneering work in redefining “genius” as “grit”. I enjoyed reading this exceptionally riveting book, and hope you will as well. The book is easily available on all online market places, including Amazon.

Angela Duckworth is the Christopher H. Browne Distinguished Professor of Psychology at the University of Pennsylvania, faculty co-director of the Penn-Wharton Behavior Change For Good Initiative, and faculty co-director of Wharton People Analytics. She is the founder and CEO of Character Lab, a nonprofit whose mission is to advance the science and practice of character development. A 2013 MacArthur Fellow, Angela Duckworth has advised the White House, the World Bank, NBA and NFL teams, and Fortune 500 CEOs.