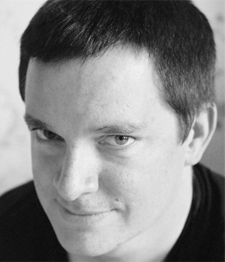 November 2019
Voices from the field

Based near Bordeaux, France, Gwendal Marrec is an organisational consultant and facilitator. This generalist engineer, mainly active in companies for the “pretexts” of environmental certifications, quality or social responsibility, makes it a point of honour to offer human-centered accompaniments, during which he includes AI and Lego® Seriousplay®.

It was quite recently, at the end of 2016, that I first heard about Appreciative Inquiry.

During my training to become a Lego® Seriousplay® facilitator, one of the participants in the internship presented herself as an AI practitioner. When I asked about Appreciative Inquiry, she explained the basics of the approach and the different stages that make up it. A few months later, I signed up for the French Institute of Appreciative Inquiry (IFai) training in Paris to discover how dialogues based on the strengths could contribute to a profound transformation of organisations.

As an engineer specialising in quality management systems, I was trained to improve on the basis of failures. Convinced that lasting changes are achieved by getting the company’s players to collaborate by making them autonomous, I already had a style of participatory accompaniment. But deep down, I was not satisfied in my job as a consultant; I was faced with a lack of commitment from the teams and the frustration of trying to force change.

The transformation of my own work came during advanced training with Ron Fry, again in Paris, in 2018, when he presented the principles of business as an agent of world benefit (BAWB). The evidence was before my eyes! Of course, organisations and companies are the actors in the paradigm shift!

Since then, I have made several interventions in the educational and corporate worlds.

First, in a school with a class of thirty-six students I had the chance to experiment with a two-hour workshop to allow the children, aged eleven, to discover how to give the best of themselves, without stress. We began with an appreciative discussion on strengths and then a second one to imagine a college in which everyone would be fulfilled. This was followed by a sharing in subgroups of nine children each before modeling the elements that would allow this dream to come true in the near future. Then each table had to present, to the whole class and the teacher, what they discovered! The effect of solidarity and mutual aid was striking, while very concrete actions were carried out by the class and its teacher.

At the moment, I am supporting a wine company in the implementation of its corporate social responsibility (CSR) approach. The choice of management was to launch the project in appreciative mode. After discovering the strengths and the aspiration of the company during appreciative dialogues, a LEGO® SERIOUSPLAY® workshop identified three main strategic priorities defined as: strong ambition, truly desirable and shared by employees. The next step will be the exploration of these three themes during an appreciative seminar that will undoubtedly lead to proposals with high impact!

These two examples are very encouraging for me in a complex societal context, as they each require mobilising such creativity and a commitment. The first pointed out that youth are able to deal with serious subjects such as the conditions for the development of college students. The group has also proposed actions that go beyond the school. In particular, they want to contribute to a better world by collaborating with other generations. This form of wisdom is simply striking!

The second allows a change in the management of the company, focused on humanistic values shared by its employees. The launch of a project with Appreciative Inquiry is a real accelerator for commitment!