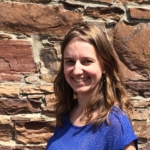 Alexandra Arnold (she/her) Arnold MSPsy, MSHR/OD, ACC, is a personal development and climate coach with a certificate in Positive Organization Development from Champlain College, USA. She is the host of The Quiet Activists online community, where she uses positive psychology and Appreciative Inquiry to help introverted and highly sensitive people shift from climate anxiety to inspired action. She is the Program Director at The Taos Institute and recently joined Community Harvest of Central Vermont, a gleaning program reducing food waste and providing neighbors in need with fresh & nutritious food.

About two months ago, I received an email from a graduate student of the Penn State World Campus Master’s in Organization Development and Change. One of the required courses in this program is Appreciative Inquiry (AI), which “provides a foundation in the theories, principles, and techniques of Appreciative Inquiry”. One of the assignments for this course is to complete an interview with an AI practitioner to consider such questions as:

Like so many conversations among those who practice or learn about AI, the energy was immediate and palpable. We quickly discovered that we were speaking the same language – except I had learned it in the AI context, while Jason learned it in the improv context. Jason shared that when he learned about AI in his Master’s program, he thought it was “a breath of fresh air… and very similar to my experiences in doing improv comedy”.

He pointed out that we were improvising right then and there during our interview:

We were following the number one rule of improv which is “yes, and”: one person talks, the other acknowledges what his/her partner offers and builds upon that, all in a very positive way

Our conversation took a turn into the intersection between Appreciative Inquiry and Improvisational Comedy.

The Covert Theatre website says: “Improv is an art form where the performers make up the theater, usually comedy, on the spot […] It is the wonderful vehicle for leadership development, whether it’s self-leadership or leadership of others, as it imparts crucial life skills that every person needs.”

In my opinion, using AI is like getting permission to do things differently, to play, to have fun. It is particularly encouraging because there is over 20 years of research that shows how it works to reassure those who are hesitant to move away from traditional management styles.

Jason was very gracious when I responded to his first question with one of my own: How can we approach this differently and still get to where we need to go?

I explained that the reason I was suggesting this was to invite us both to jump right into “being AI” instead of going through the interview in the linear way the assignment was designed. My interviewer was immediately on board with this more playful, creative, and challenging approach: “I like it to be more of a give and take rather than just a straight interview”.

Whether we were doing comedy is debatable, but there was plenty of joy and laughter in our conversation. According to comedian Tina Fey (known for her work on Saturday Night Live), in an appearance in Alan Alda’s Clear+Vivid podcast called The Transformative Power of Improv, improv is not about being funny, it’s about relating.

If you’re still not sure you’re up for playing in this way, check out performer and corporate facilitator Gary Ware’s Ted Talk on how play saved his life. His mission: “to infuse improv with positive psychology so that his students leave with a renewed sense of life.”

It was hard to answer Jason’s question about a peak experience using AI because what is most memorable to me is how I learned to pay attention to the words I use and the questions I ask, and to notice the different outcomes.

From the beginning of his class, Jason also had the feeling that AI is not something that you do, but that it’s a way of life, a “connective tissue” between the many roles we play in life. Just like improv, AI offers a new perspective on your whole world. Both help you get through the tough times in life.

His work with Human Resources, implementing HCM systems, is data-driven and linear. Improv concepts have seeped through his way of being with clients: he helps them shift from resistance to being more comfortable and engaged with the changes.

Discussing the power of words, Jason shared that he has a sticky note on his desk that reads “try not to lose patience” to help him soften emails when needed. This was a great opportunity for a positive reframe – dropping what he doesn’t want, stating what he does want and embodying it by using the present tense. Sure enough, he now has a new post-it that reads “I have an abundance of patience” and a new, inspiring ideal vision of himself as he deals with annoying emails. In his words, the shift was “powerful and immediate”.

The point of improv is that nothing is prepared or rehearsed, and the effect is instantaneous. Your partner responds to your offer without missing a beat and in a good performance, the audience responds right away, typically with laughter, a powerful tool for life.

Jason is inspired by his three-year-old daughter: she doesn’t judge, she is not on a schedule, she isn’t trying to get something done, yet she does get a lot of things done, she learns, and she’s happy.

In AI, just like in improv, we are inspired by children’s curiosity, creativity, playfulness, and ability to be in the moment. Both remind us that adults can play too!

A multiplicity of voices

In AI, co-creation comes from including as many voices as possible in the conversation and from giving the same weight to every person regardless of their titles.

On stage, when a suggestion (or prompt) comes at the start of an improv act, it is assumed that whatever character is going to appear is going to have the full respect from his/her partner. There is no power differential, only pure teamwork.

A misconception about performing is that it is reserved for confident, outgoing and extroverted folks. In fact, it is the opposite. Many actors, including Tina Fey, are introverts. Many find a certain freedom on stage, it’s a way to find their voice. Improv is particularly appealing (compared to stand-up comedy for example), because you are engaged in an intense one-on-one dialogue with your partner, and at that moment, everything else disappears, even the audience. Don’t take my word for it: in an appearance on Paul Vaillancourt’s Improv Tip YouTube channel, Ali Reza Farahnakian, founder of The Pit (New York City), says “take the cotton balls out of your ears and put them in your mouth”.

To be able to respond to your partner on stage, you have no choice but to listen intently. You have to pay attention and forget everything else but the present moment. Deep listening is not a practice unique to AI, yet when we become more intentional with the words we use, we naturally develop a new way of listening to others.

AI calls it “prototyping”. We don’t wait until it’s perfect, we try something new as early as possible and learn as we adjust and try again. Keli Semelsberger is a corporate team building facilitator, a Medicine Woman, an improviser, and the founder of the Charlotte Comedy Theater in North Carolina. In an interview with Jimmy Carrane for the Improv Nerd podcast, she says “there is no failure in improv, only something to create more on.”

Saying yes to whatever comes

“Life is one big improvisational sketch.” Episode 3 of the Unpolished Therapy Podcast with Rachel Silver Cohen and Dr. Lori Fineman makes a good case for the benefits of relinquishing control. Life is unrehearsed. Rather than trying to plan for everything and getting upset when things don’t turn out as expected, we would be better off to “roll with the punches” and to laugh more. In AI terms, retraining our negativity bias to noticing the positive core of every person and situation is much more generative.

It comes from the heart

Whether introducing a strengths-based approach to an organization or standing in front of an audience in an improv act, it only works if you are sincere. It is not about selling an idea, proving that it works, or forced family fun. It’s about a genuine belief in what you do and showing up as who you are. Again quoting Tina Fey, improv is a way to break social protocols: It takes vulnerability, and being ok with being embarrassed. Keli Semelsberger adds, “it’s not about fame or success, it’s about being authentic, true to your core values, and being of service.”

Not knowing where you’ll end up

It goes without saying that when you improvise in a performance, you don’t know where you’ll end up. When Jason reached out to me for an interview to complete his assignment, we had no idea that we would end up a few weeks later having a live conversation about improv in the context of climate change in my online community, The Quiet Activists. Or that after a few more weeks, this article would come to life.

Jason has been doing improv for 14 years. Discovering AI in the course of his graduate studies in organization development made him wonder how he could bring his hobby of improv into any kind of work environment where he is helping people change their whole frame of thinking. “That would be really, really interesting to me.”

He wouldn’t be the first to bring improv into the workplace. At the Alan Alda Center for Communicating Science, improv has been a key part of training over 12,000 scientists to communicate clearly with lay people. As we know, change happens the moment we ask a question, so who knows in what context Jason will be performing next.